The failure to report the holdings in several online gambling accounts netted a U.S. poker player a $40,000 FBAR penalty. A U.S. poker player gambled online through PokerStars.com and PartyPoker.com. The individual would fund his online poker accounts from FirePay.com. FirePay was funded from his Wells Fargo Bank account. All of these accounts were at institutions located outside of the U.S.

For the year in question, the aggregate amount of funds in all three accounts exceeded $10,000. The individual controlled the accounts, deposited, withdrew or transferred money to and from the accounts, and could carry a balance in the accounts. But the poker player did not report these accounts on an FBAR.

A U.S. District Court Judge found that the online sites were financial institutions covered by the FBAR reporting requirements. The Court in analyzing the issue quoted the Fourth Circuit case United States v. Clines, 958 F.2d 578, 581 (4th Cir. 1992) stating, “[b]y holding funds for third parties and disbursing them at their direction, [the organization at issue] functioned as a bank [under Section 5314].” The Court went on to find that the institutions were in foreign countries and so the accounts were reportable on an FBAR. Accordingly the IRS’s $40,000 penalties were upheld. 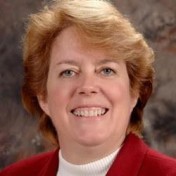